It's always economics in the end

The War on (some) Drugs doesn't seem to have been going to particularly well recently,

I should have listened to the Drug Enforcement Administration official who told me that wholesale heroin, cocaine, and marijuana were sufficiently cheap and easy to smuggle that synthetics had no real marketplace advantage. He was right, and I've been reluctant to commit acts of prophesy ever since.

That's amazing, isn't it: There's no market for synthetic drugs because the natural drugs are cheaper, even with the billions of dollars spent on law enforcement, interdiction, education, prison and everything else. Perhaps the solution is make the synthetic drugs not cheaper than the natural ones but better. There are plenty of people working on "nutriceuticals" so a breakthrough can only be around the corner. Who's going to buy Afghan opium when the man-made opium will work better, make you smarter and improve your sex life (or whatever).

What with the ageing population, that I was reading about yet again today because of the strike by communist fifth-columnists in government empty, the business opportunities are obvious. Someone is bound to invent something that's a bit like MDMA but that improves your memory. They'll make a fortune.

In the future, everyone will be famous to fifteen people.
[posted with ecto]
Posted by Cayce Pollard at 5:34 pm No comments: 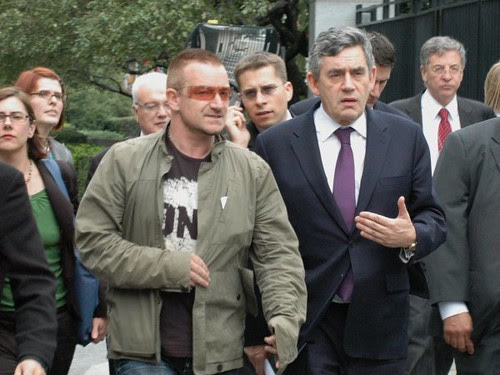 In the future, everyone will be famous to fifteen people.
[posted with ecto]
Posted by Cayce Pollard at 12:03 pm No comments: