In the City, spreads are measured in points. But, as I moaned about before, at British Airways the BA Miles spreads are absurd: they "buy" the miles back for about one-sixtieth of the price they "sell" them for. Their marketing department just did it again. They sent me an e-mail saying something along the lines of "you can now use your BA Miles to upgrade flights". OK. I have a Word Traveller Plus flight booked, so I phoned up to upgrade it to business for what I thought was a reasonable price of 25,000 BA Miles. No dice. There are no upgrades available on that flight. Nor, as it turns out, on any other flight in a one month window either side of it. Once again: I'm now more annoyed than if they had never sent me the email in the first place. I'm sure their marketing people must be wondering how to make travellers choose BA over other airline in these straightened times. Here's a tip: have a reward programme that is worth something, and makes customers feel good instead of continually infuriating them.

If you've been to America recently, you'll have discovered (as least on British Airways) that when you log on to check in online you are directed to fill out your Visa waiver form online at the same time. The first time this happened to me, I thought that it was jolly modern and it made sense to fill it out before you fly, so if you tick the box that says "yes I am a terrorist" then they can stop you from getting on the plane. A good example of IT in action, as step on the road to Digital Britain, environmentally-friendly and efficient. Of course, I thought, it makes sense to do this online and I was am only surprised they didn't replace the paper forms with the online version sooner. But the system still offered me the option to print out a paper version, and I did it anyway.

When I got to America, I discovered that the online form-filling is in addition to the offline form-filling and hasn't replaced it at all. I had to fill out a green Visa waiver form just as before and the printed version that I got from the web (which could have coded all of the data in a barcode or something) was entirely pointless.

Thus the US government has, in the words of my childrens' favourite television programme The Mighty Boosh, combined the past and the future to create something that's not as good as either of them. This system isn't as good as an all-online digital system of the future and it's more expensive and inconvenient than the analgoue system that it is layered on. I wonder the Boosh's pronouncement isn't more generally true of Analogue Britain (the state we apparently trapped in until 2012, when the government's shiny new Digital Britain comes into existence). In fact, I suspect the government has actually had an operational strategy called Boosh Britain that has been in operation for some time.

P.S. I used to look at The Mighty Boosh the way my parents used to look at Monty Python when I wanted to watch it, but having actually watched it with the boys and think it's very funny indeed in places. Give it a try sometime.

In the future, everyone will be famous to fifteen people. [posted with ecto]
Posted by Cayce Pollard at 6:43 pm No comments:

We fought for this

Ah, the exercise of democracy. When I took no.2 son round to the polling station and into the polling booth with me, to show him how we in the free world make informed choices to be governed with consent, I hope I was doing something good.

When I got into the booth, though, I had to reflect. I took me a while to look through the list and decide, but I did eventually exercise my democratic rights. Sadly, my first choice was not available: the Scottish Nationalists were not fielding any candidates in Woking, so I was unable to express my deep and abiding commitment to Scottish independence through formal channels. I couldn't see Joanna Lumley anywhere on my ballot paper either, so that left me a bit stumped.

In an age of personal podcast channels, Facebook and post-industrial capitalism, the whole "party" thing looks a bit outdated to me. I would have preferred to have gone into the booth to check off against a list of policies, not against a list of chancers hoping to win the lottery by being elected to the European "Parliament" (I use the quotes because it's not a real parliament, just a talking shop). I want to see a list that instead of giving me the choice between John Smith, Fred Bloggs and Joe Soap gives me a choice between abolishing income tax, re-instituting the death penalty and raising the voting age to 31. That would be democracy.

In the future, everyone will be famous to fifteen people. [posted with ecto]
Posted by Cayce Pollard at 9:09 am 1 comment: 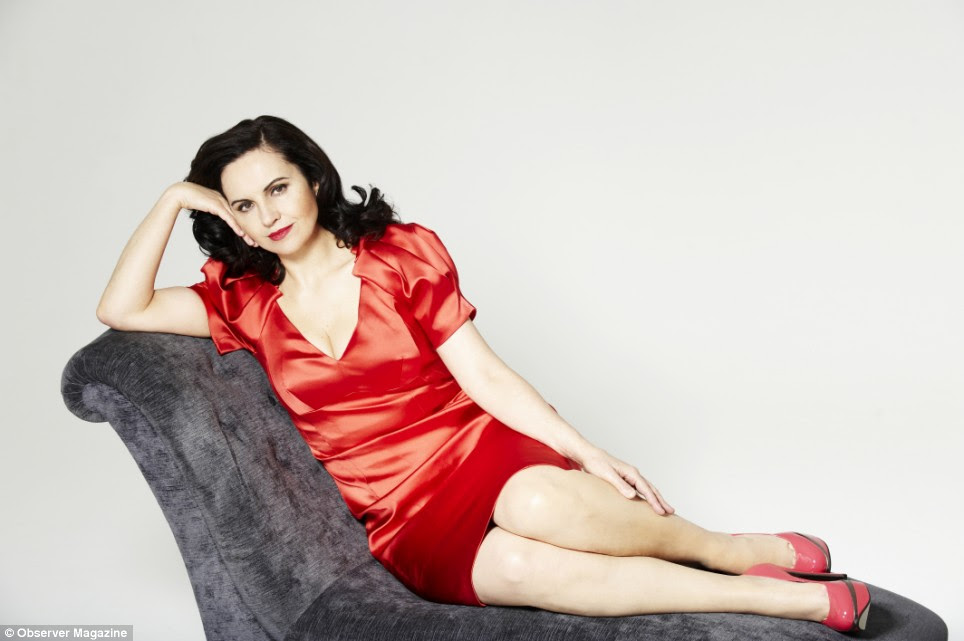 In the future, everyone will be famous to fifteen people. [posted with ecto]
Posted by Cayce Pollard at 6:25 pm No comments:

Now, as I think we all know, political opinions are not founded on facts. Some research I came across proves this beyond any reasonable doubt.

Again, the findings suggest that facts that contradicted political ideology were simply not taken in; if anything, challenging misbelief with fact checking has the counterintuitive effect of reinforcing that misbelief.

[From Does ideology trump facts? Studies say it often does]

A good example is the incumbent Prime Minister, who seems more convinced of his unique genius the more the country collapses around him. The general situation may be even worse than the research suggests, however. Not only do people formulate political beliefs on dogma rather than evidence, but because they are, on the whole, a bit thick, they don't even understand the dogma. The result is that there is no political discourse of any value in this country any more. We may as well choose the next Prime Minister on a "Britain's Got Talent"-style phone-in as go through the ridiculous theatre of the secret ballot.

In the future, everyone will be famous to fifteen people.
[posted with ecto]
Posted by Cayce Pollard at 4:12 pm No comments:

I was standing on a jam-packed SWT service yesterday -- in conditions that would cause national outrage if applied to horses or dogs or cute bunnies, but are apparently perfectly acceptable for human beings -- listening to 'F**k the Police" by NWA on my iPod. I don't normally listen to hardcore rap, but I was listening to Rolling Stones 500 greatest songs of all time and that happened to come on. I was trying to sing along by saying (under my breath, naturally, this being a British commuter service) "F**k the SWT" but I couldn't make it scan. Shame, because the sentiments were perfect for my mood because of morning's experiences.

When I got to the station the ticket hall was closed again for further development. I could see a huge queue snaking out of the area where the ticket machines are, but noticed a sign pointing out that a temporary ticket office had been established a few yards further on, so I ambled down there. When I got to the temporary ticket office, which was indeed physically there, I discovered that SWT had decided to celebrate rush hour by closing all of the ticket windows. In essence, it was an artists impression of a ticket office rather than an actual ticket office where you could engage in a transactions (such as ticket purchasing). So I had to go back and stand in line. And when I eventually got on to the platform, looking forward to a cup of coffee since I hadn't had time to grab one at home, the buffet was shut.

In the future, everyone will be famous to fifteen people. [posted with ecto]
Posted by Cayce Pollard at 9:41 pm 1 comment: