Back to the whelk stall for all of them

Now, I don't really want to make a political point here, but it's a fact that most people in the government have never had a proper job of any kind, let alone run a business, not even a corner shop. But how does it happen that today we (ie, taxpayers) became the owners of RBS after the government paid 65.5p for shares that were trading at 55p in the market, meaning an instantaneous loss of £2 billion. It's getting beyond a joke: I doubt that my children will ever be able to pay this debt back, which is why I'll be encouraging them to move overseas. The Prime Minister was busy writing to X-Factor finalists today, so perhaps he took his eye off the ball on this one.

In the future, everyone will be famous to fifteen people.
[posted with ecto]
Posted by Cayce Pollard at 9:57 pm No comments: 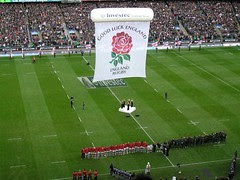 In the future, everyone will be famous to fifteen people.
[posted with ecto]
Posted by Cayce Pollard at 7:02 pm No comments:

What next? Talking pictures!!

I notice that one of my simultaneously favourite/least favourite programmes is on tonight. For some unfathomable reason, I watch Question Time (usually on the web at the weekend) to give myself a sense of what the nation (well, BBC-style metropolitan liberals) think about the issues of the day. It's a pretty boring programme, largely because you can predict both the questions and the answers with almost 100% certainty. But you do now and then hear something surprising. I heard the ridiculous Dame Shirley Williams -- a second-rate politician from an era best forgotten -- posit that the brutality in modern British society may be due to the influence of "horror comics". Seriously. Still, at least she didn't blame the interweb.

In the future, everyone will be famous to fifteen people.
[posted with ecto]
Posted by Cayce Pollard at 9:54 pm No comments:

I was lucky to get a place to stand, let alone sit, on the 16.30 "Black Hole of Calcutta" from Waterloo. But at least I did eventually get home, even though there was no room to read a book, much less work, on the misery express to Portsmouth. Today, I am pathetically grateful to be able to sit and type on the train. This is only possible because the poor sod jammed in beside me is a very slim young person of the female persuasion. The three seat benches employed by South West Trains date to a bygone age, when the average working-class train traveller was a stunted, dwraven creature with ricketts. They are not made for the modern lard arse. As a consequence, when three people do actually sit on them, the experience is horrible for all of them.

In the future, everyone will be famous to fifteen people.
[posted with ecto]
Posted by Cayce Pollard at 8:57 am No comments: 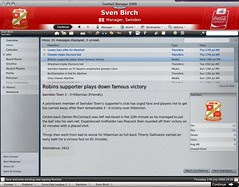 In the future, everyone will be famous to fifteen people.
[posted with ecto]
Posted by Cayce Pollard at 9:33 pm No comments:

It's all for the kiddies

It must be very difficult for foreigners to understand the British attitude to children. On the whole, we don't really like them as a nation, much preferring dogs and horses, which is why the upper classes have traditionally sent the children away to kennels whilst allowing dogs the run of the house. This week there has been story running in the newspapers that is so unbearable that I started crying in Waitrose when I went to pick up my Telegraph and saw the pictures prominently displayed on the front pages of other newspapers. The story concerns a toddler who was beaten to death by his drug addict mother, her boyfriend and their lodger. Despite 60 visits from social workers (and multiple inspections by doctors), the doomed child was returned to these monsters and abandoned to a short, miserable life. Meanwhile, we read that

The Local Government Association warned that the worst cases of obesity will be increasingly seen as evidence of "parental neglect," and that social workers will have to step in to offer advice to protect the child's welfare. In the most extreme cases, children could be taken away from parents.

It's modern Britain in a nutshell. You can torture your children to death with impunity, but if you give them too much junk food they'll be taken away. If you smoke, social workers won't let you adopt a child: passive smoking is beyond the pale, torture is apparently reasonable.

I'm afraid my reactionary rachet has been turned up another notch. It's a shame that the maximum penalty that can be imposed on the murderers is only life imprisonment (which in the UK means a few years of a comfy bed, three meals a day and your own Playstation). Somehow it just doesn't seem enough.

In the future, everyone will be famous to fifteen people.
[posted with ecto]
Posted by Cayce Pollard at 7:12 pm No comments:

A better class of conspiracy theory

As I was riding my government-subsidised bicycle to work this morning, I was listening to podcasts again. Now that I am a psychyclist, I'm burning through podcasts at quite a rate, so I've been rummaging around on iTunes to find some more podcasts to add to the collection, and I've already found some new ones that I rather like. One of them, which I was listening to this morning, is Skeptoid. This morning I was listening to an episode about World Trade Centre building 7 and the conspiracy theory surrounding it. Very good. Clearly the conspiracy theory is nonsense. But are they all nonsense? When it comes down to it, I've always thought that the fact that Neo (from The Matrix) has a driving licence that was going to expire on 9/11 cannot be explained by mere coincidence.

In the future, everyone will be famous to fifteen people.
[posted with ecto]
Posted by Cayce Pollard at 9:33 pm 1 comment:

Down with the filthy rich misanthropes

It used to be that people who had lots of money obtained by not working very much (eg, pop stars, trustafarians) would espouse communism as a way of perpetuating adolescent rebellion but these days the education system is so poor that their audiences don't really understand what capitalism, communism or anything else really means -- besides, the whole left/right thing is so 20th century -- thus they've moved on to another pseudo-religion.

‘Saving the planet’ has become a mission statement both for the pointlessly rich and the political class.

[From Down with the filthy rich misanthropes | spiked]

I read in one of the papers last week, but can't remember which one, that children are being taught (1984-style) to nag their parents about green issues. This makes me very suspicious of the whole green movement, because it's so sinister. Am I wrong to begin to reject some fundamental tenets of the green manifest now that it's starting to look like a religion?

In the future, everyone will be famous to fifteen people.
[posted with ecto]
Posted by Cayce Pollard at 6:34 pm 2 comments:

South West Trains were well down to their usual standard today. I rush to the station because I'm running late, only to discover that the ticket machines are all displaying "out of service". So I rushed inside the ticket hall, only to find that all of the ticket machines there were out of service as well. And the line to buy a ticket was snaking out of the door and into the street. I wonder if we're being tested, like rats in a maze, by some well-meaning boffins somewhere.

In the future, everyone will be famous to fifteen people.
[posted with ecto]
Posted by Cayce Pollard at 9:35 pm No comments: