A tale of two phones

So, I had to order couple of phones recently. Both on O2. One was a Blackberry, one was a K800i. I found the Blackberry (refurb) on e-mail for a pretty reasonable £40, won the auction, paid with Paypal and it arrived in a couple of days. I was ordering from a person, who's living depends on getting stars on eBay. I ordered the K800i from Carphone Warehouse six weeks ago and it still hasn't arrived. I was ordering from a computer that doesn't care whether I ever get a phone or not. I kept checking the web site, which kept saying that "Your order has been recieved" (they even sent me a confirmation e-mail) and it will be dispatched in 2-3 days. When I e-mailed to find out what was going on, I got an e-mail explaining that they "are currently experiencing high volumes of correspondence" blah blah blah. No wonder eBay is so successful, when the alternative is dealing with leading British retailers. P.S. The story has a happy ending though. When I rang up to complain earlier in the week, the phone was answered within a couple of minutes, the phone arrived two days later and they're sending me £45 compensation and upping my tariff by an extra 30 minutes per month for nothing.

Nice is nice this morning 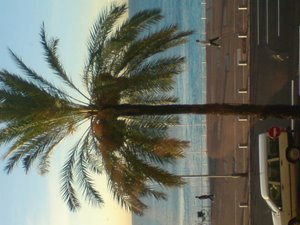 Look at the colour of the sea. For some reason when you wake up in the morning and find yourself looking at sea that it this colour, it automatically makes your entire outlook on the world better. Even though there was an earthquake last night. Or at least that was what everyone was claiming this morning. I didn't notice it because I was (gasp!) at a party, but supposedly there was a small earthquake about around 8pm on Monday evening. I haven't been in an earthquake for years. I've only been in a couple of significant (ie, scary) earthquakes, once in Indonesia and once in California, so it would have been interesting to compare!

Posted by Cayce Pollard at 7:49 am No comments:

A very confusing Tuesday morning. My brain was expecting this... ...because I'm in Goa. I am at some sort of backpackers hostel, but it's alright for a couple of days.

Posted by Cayce Pollard at 7:32 am No comments: 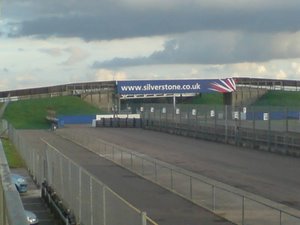 Lovely. And here's what it looked like when I was pottering around the pit lane and suddenly remembered that my mobile phone can take videos (it took me a while to figure out how, so I only got a short clip).
Posted by Cayce Pollard at 5:54 pm No comments: